In France there is the APB, in the United Kingdom there is the UCAS. In order to enroll after a baccalaureate at a British university or “college”, you must go through the UCAS system. In 2014, 3,850 French students used this website to apply for an establishment across the Channel. Instructions for use in 5 questions/answers.

Christ Church, one of the most important “colleges” at the University of Oxford. // © DR

UCAS (University and College Admissions Service) is the registration system for British universities. Each year, the location manages the enrollment of 650,000 British and foreign students, including around 4,000 French. In all, 340 higher education establishments belong to it.

beyond the platform UCAS (University and College Admissions Service) degree, for entry into a bachelor’s degree, the portal also includes CUKAS performing arts, to join a music, dance or theater conservatory, UCAS teaching training to apply for a master’s degree in teaching, and UCAS graduate studies for admission to master’s and doctoral degrees.

#2 What are the requirements to apply?

Any student seeking a higher education qualification in the UK must pass UCAS. Both British and international students are concerned, whether or not they are members of the European Union.

To apply to one or more British universities, all you need to do is register on the website, compile your file (read below) and make your wishes, five at most.

The registration fee is £12 (€16) for one university and £23 (€28.7) for five universities. Some universities may also ask you to do an interview. “It’s not systematic. This is especially the case for the most selective universities,” notes Chris Massey, Director of UCAS International.

Small quirk, if you apply to Oxford, you cannot apply to Cambridge and vice versa. Indeed, it is considered that the two universities are of the same level and that it is not useful to apply to both.

As with Admission-postbac, the choices remain confidential throughout the process, and establishments do not have access to the candidate’s other wishes.

#4 How do UK universities select their students?

The school records are taken into account. You will have to submit your second, first and final year grades and French baccalaureate grades. You should also ask your teachers about their “predictive grades”, i.e. the grades you are likely to get in your bachelor’s degree.

The motivation letter – “personal statement” – it is extremely important to differentiate yourself from other candidates and bring out your personality and character. You will find advice with a typical plan on the UCAS website that can help you complete it.

“Heads up, the motivation letter is the same for the five wishes. Therefore, you must not mention a university in your letter. And it is preferable to make your five wishes in the same or similar subjects,” advises Pauline, studying business at the University of London. 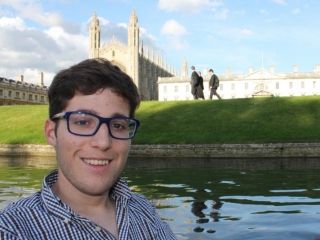 Mattéo had to undergo a decisive interview in English before entering Cambridge. // © Sophie de Tarlé

“British people place great importance on extracurricular activities such as sport, theatre, reading or charitable activities,” warns Blandine Bastié, Cambridge English Language Assessment’s regional manager for the UK and Ireland. And to add:the quality of references – letters from professors or professionals – will also have a big impact in the success of the candidacy”.

As teaching takes place in English, it will also be necessary attach a test that certifies your language level. Universities generally require a score of 7 or 7.5/9 on the IELTS test. This type of test can be carried out at the British Council. Cambridge Advanced (Grade A) or Proficiency Grade A or B tests are also accepted.

Sometimes an interview in English is needed. And this oral is much more selective than the examination of the file. “In Cambridge, if 90% of the applications on file are accepted, 80% are rejected after the interview,” confirms Mattéo, who is enrolled in political science.

The young man remembers his own perfectly: “The examiner asked me to choose between several objects: a stone, a brick, a set of keys and a banana peel, and tell his political story! I chose the banana peel, it is an object that inspired me a lot”, he says, laughing.

The examiner had a field day. As Matteo asked for an archeology class, he asked what archaeologists would think 2,000 years from now if they found a can of beer.

“I said that meant that in this society social norms were not well explained as people threw their garbage everywhere.” To pass the oral, it is best to have a good sense of improvisation.

O note that you will have a bachelor’s degree is also very important. A university may require you to be a 14, 15, 16 or even 18/20 in the general average or in certain subjects to accept you. When the required score is low, it means that your file is of great interest to them.

Sara, 19, who graduated in languages ​​from the University of Cambridge in 2013, had to have a 15/20 average in her baccalaureate to be admitted. With 17.51/20, the young woman far exceeded the established goal. “But 15/20 was not much. It means that my profile interested me. I speak five languages: Danish, English, French, Russian and Spanish, which is very rare here because the English are terrible at languages”, decodes the American -Danish Student , who obtained his baccalaureate from the international school of Saint-Germain-en-Laye (78). 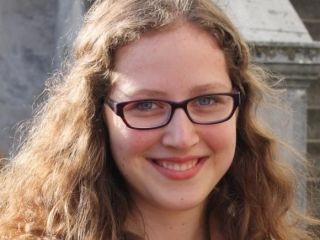 Cambridge University required Sara to have a 15/20 bachelor’s average to be admitted. // © Sofia of Tarle

Starting in March, candidates registered with UCAS will be able to receive up to five proposals. He must accept two: a “firm” choice and an alternative if he did not obtain the required grade in the baccalaureate. So it’s the opposite of the APB: “Once you know where you’ve been admitted, you can sort your desires,” explains Sara.

#5 What is the procedure schedule?

Candidates have up to October 15th to send your file to the most selective universities and courses, ie Oxford and Cambridge in Medicine/Science, Dentistry and Veterinary.

For the majority other institutions, the deadline is January 15. From May 8, universities will be able to submit proposals.

The July 2 is the deadline to apply through the “Extra” procedure. Finally, from 3From June 0 to September 30, candidates can try their luck at “Clearing”, a kind of complementary procedure, which makes it possible to apply for vacancies in universities. See all dates on the UCAS website.